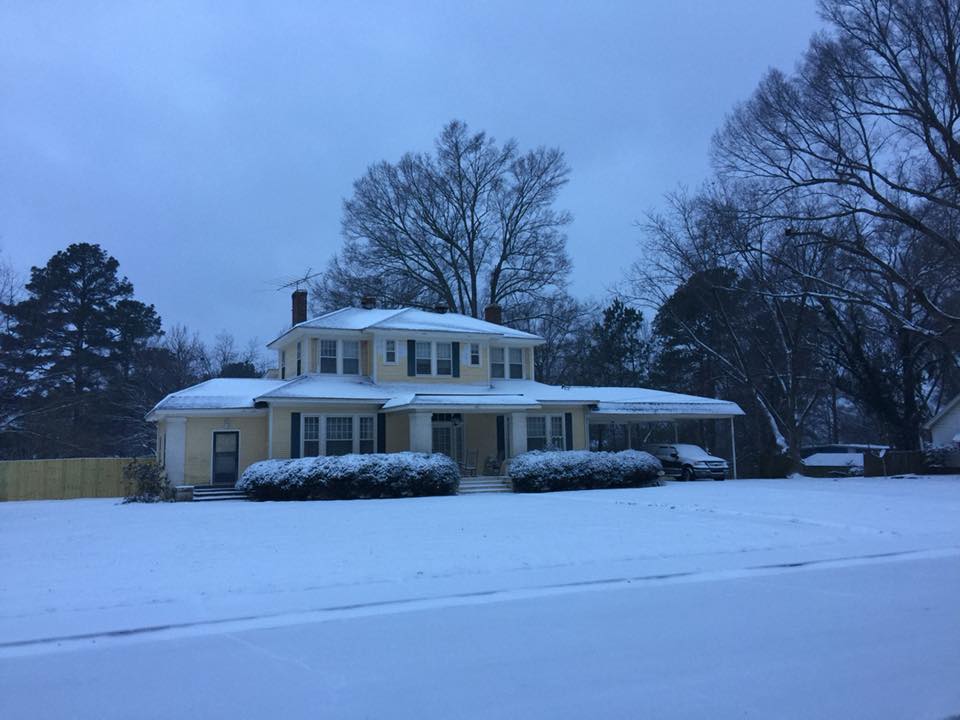 On September 6, 2017, we bought a 134+ year old Colonial Revival Eclectic known locally in Coldwater, Mississippi, as Ms. Sadie’s Place. We aren’t sure of the age of the house yet; there are old photos dating back to 1883, when she was a much smaller but established version of herself.

In 1942, she was moved a mile South, along with the rest of the town of Coldwater (including a massive church) to make way for the Arkabutla Reservoir, built by the WPA in response to the Great Mississippi River Flood.

We bought this massive place to have plenty of room to move Kenny’s mom, Louise, in with us, along with my son, Clayton, who has Asperger’s.

Two and a half years later, we are still working on this house, and two other houses in Southaven, Mississippi, to sell. Projects from all three will pop up in this blog as we try to create order from complete choas!

Come watch us burn through the bucks as we take on this foolish endeavor, and Join Our Money Pit Existence!

In 1942, the U.S. Government moved the town of Coldwater and approximately 700 residents, at a cost of $250,000, to its present location 1-mile (1.6 km) south of the original site. Today a monument dedicated to the old town of Coldwater, which was flooded and submerged by creation of the dam and reservoir, stands just west of the Coldwater exit off Interstate 55. A few remnants of the old town are visible, but a majority of the site remains underwater year round.

The current town square of Coldwater, Mississippi is located about two miles south of the Coldwater River, hence the name.  The original town actually began as the village of Elm Grove in 1856. With the coming of the Mississippi-Tennessee railroad in 1858, rows of stores and other businesses developed on both sides of the tracks, along with houses of worship.  Coldwater was officially incorporated in 1872.  At that time, the Town was located in DeSoto County and was a mile square with the railroad depot at the center.  When another Mississippi county was created in 1873 from land originally located in DeSoto, Marshall, and Tunica counties, Coldwater found itself to be a part of the newly formed Tate County.