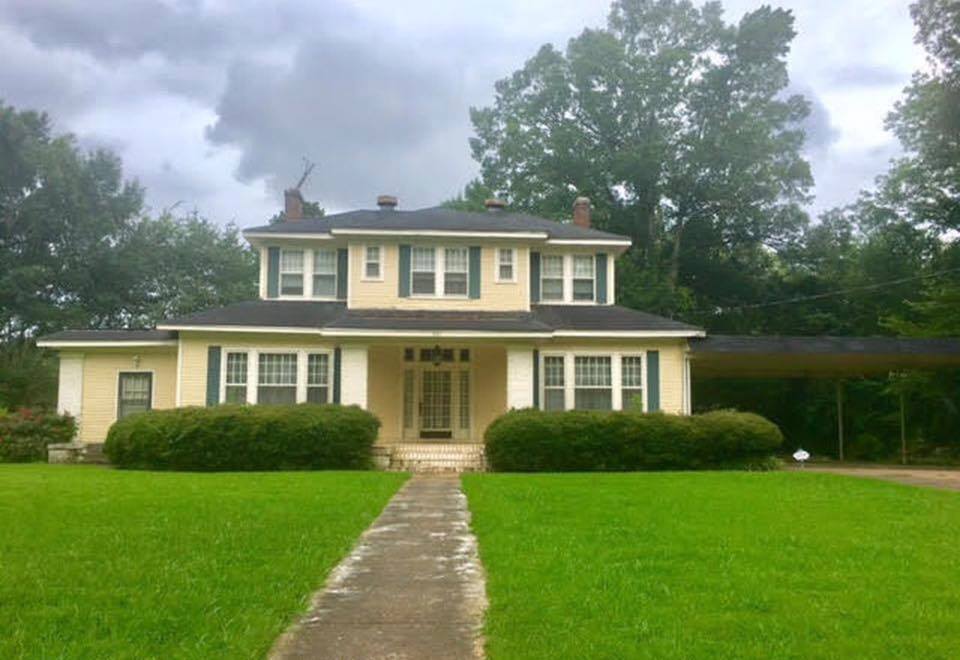 They accepted our offer on this 107 year old house. It’s in great shape. We’re pretty excited about it.

At one time this was Garnett West’s family home.

She had old framed photos of it dating back to the time it was built, but

The lady we are buying the house from told us that it was originally built by J.H. Callicott, and she had a postcard photo of it dated 1883! During her estate sell someone broke in and stole them.  😩 They are probably now lost forever.

We were dating it as 107 years old, circa 1910, as that was the year it was officially placed on the Tate County tax rolls. So now we know it is at least 134 years old.

It wasn’t as grand at the time because there have been additions over the years. The seller also told us there once was a huge, beautiful chandelier in the main entry that was removed by previous owners (WAHHHH!) that is now lost to the ages…