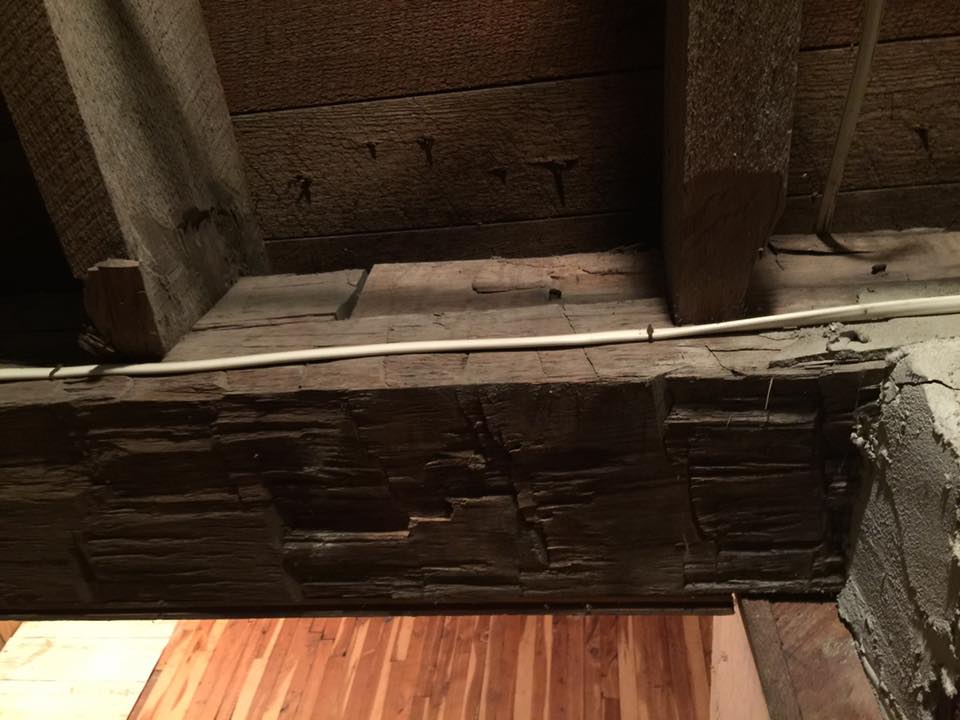 I’m sure this house was built with local timber. Maybe cypress and oak. You can see the main beams were hand hewn with an adz. The floor joists were milled at a saw mill and are true 2 x 10.

I have to do some more in depth research at the court house, but I’m pretty sure this house was built in 1910 in the original town of Coldwater, which was located about a mile north. In the area of flooded land you see either side of the interstate. It was moved to it’s current site in 1942.

“In 1942, the U.S. Government moved the town of Coldwater and approximately 700 residents, at a cost of $250,000, to its present location 1-mile (1.6 km) south of the original site. Today a monument dedicated to the old town of Coldwater stands just west of the Coldwater exit off Interstate 55. A few remnants of the old town are visible, but a majority of the site remains underwater year round.”

It was moved when the Corp of Engineers built Arkabutla dam and flooded the reservoir, and the old town, as part of the Yazoo Basin flood control project. It was the second built, along with Sardis, Enid, Grenada & Ross Barnett in Jackson to relieve flooding of the Delta from the Mississippi river and it’s tributaries.

It had the added benefits of being WPA project works, which put a many a starving depression sharecropper back to work; my grandfather being one. As referenced in the Coen brothers great movie, “Oh Brother where art thou?”

Also, we have two Jujube trees, aka Chinese dates. The taste like tiny, sweet apples.